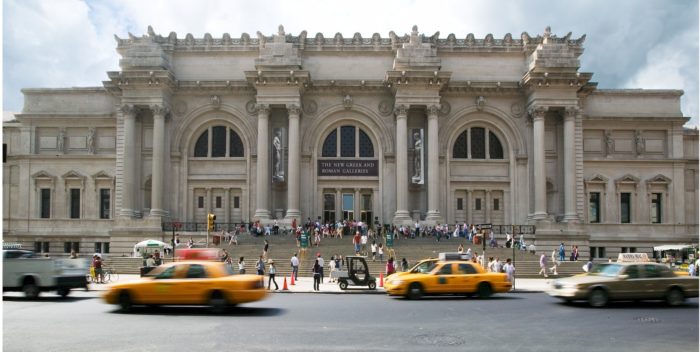 Thomas P. Campbell is out as director and CEO of the Metropolitan Museum of Art. The New York Times has reported this month about spiraling finances at the museum and huge deficits. Russell was making $1.4 million and was suing a swanky apartment across the street on Fifth Avenue courtesy of the museum.

With Campbell gone, what happens to Anna Wintour’s Met Ball? The garish Costume Institute spectacular had direct expenses of $3.6 million in 2014, according to the Met’s 2015 Form 990 tax filing. It’s a very costly enterprise. But that’s the money needed to feed and entertain models and movie stars wearing crazy over the top costumes. And it’s not all top notch peeps like Meryl Streep. Lately, the guest list has devolved into the world of Kardashians.

This year, I am told, Melania Trump will likely get the spotlight. Wintour’s former aide de camp Stephanie Winston Wolkoff now works for Melania. Wintour recently indicated she would cover the new First Lady the same way she has the prior ones. There’s little doubt that while the Met bleeds money, a festooned Melania will head up the red carpet into Wintour’s waiting arms.

And how will Melania be received at a museum as her husband tries to cut the NEA, PBS, and NPR, as well as other arts funding?

But will a new Met CEO want to splash all that money around for the Met Ball? This question looms large, especially as the museum faces layoffs. Stay tuned…