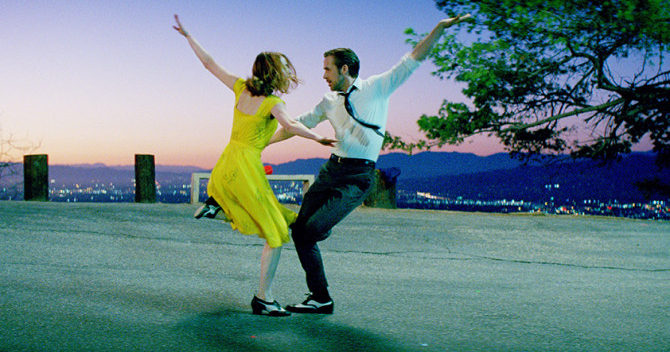 Maybe the third “Fifty Shades” movie should be made of LEGO.

In its second weekend part two of the “Fifty Shades” series is being dominated by “The LEGO Batman Movie.” LEGO is also snapping apart “The Great Wall,” which luckily made all its money in China– or “Jghina” depending on how you pronounce it.

Luckily, “The Fifty Shades Darker” soundtrack is number 1 on the charts. But it does seem like the “Darker” sequel made most of its money last weekend. It was down by two-thirds from last Friday to last night.

Meanwhile “The Great Wall” should scare up $20 million this weekend. It doesn’t matter. Again, they’ve made their money. “The Great Wall” will go to video without making a dent in the US movie culture.

The good news is that the Oscar nominated movies are all doing well– “Hidden Figures,” “Lion,” and especially “La La Land.” Next Sunday the Damien Chazelle musical will get a lot of awards despite furious “planted” backlash. I have to laugh when I read or hear something negative about this film. Sorry, there is nothing bad to say. And when that plot reel starts playing back the romance of the two main characters, a la “Annie Hall,” you know Chazelle has got it.