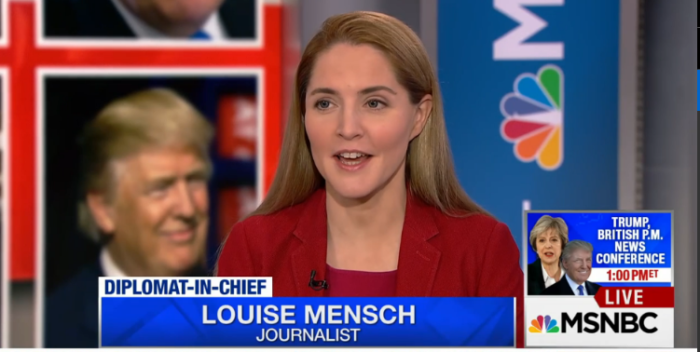 Rupert Murdoch brought former MP Louise Mensch to New York from London to create a new conservative website called Heat Street. But once Louise got here, she became a rabid liberal, endorsing Hillary Clinton and attacking Donald Trump and all his cronies. She gets good stuff, too. So in January Murdoch’s people removed Louise from Heat Street. It’s unclear if she’s still with News Corp, but now she’s appearing on MSNBC, going after Trump and co. with a vengeance. I like her more and more each day. I hope News Corp is still paying her, because the whole thing is a hoot. PS Her husband manages rockers AC/DC.