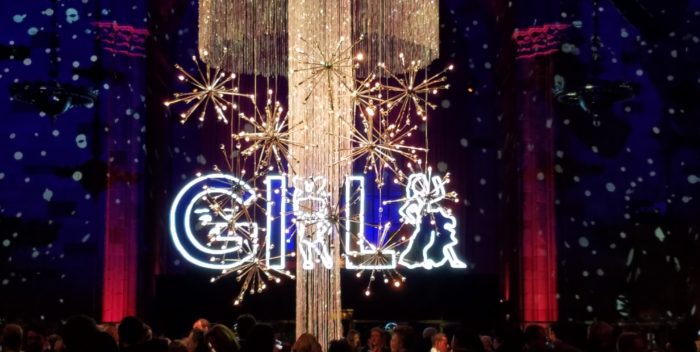 I know the basic outline of “Girls” but I haven’t followed it closely in a couple of years. Last night HBO threw a star studded premiere for the Season 6, the series finale, and showed a double episode and a single one. They were so impressive that I want to watch the whole season. Dunham, who I do think is a great writer, has outdone herself. “Girls” may finish its run at the top of its game.

The sex is the least part of “Girls.” Channeling Woody Allen, Nora Ephron, “Sex and the City,” and many other good things, Dunham comes up with gem after gem. Some laughs are expected, some are slow burners, and some come after the punchline. It’s no wonder Judd Apatow saw so much in her. Dunham is a master craftsman. The comedy is light as a feather, too, which mitigates the sex and bits of melodrama. But I defy anyone to find three better written half hours than what we saw tonight.

HBO gave a lavish after party at Cipriani 42nd St. where guests beside the cast included Maggie Gyllenhaal and Peter Sarsgard, director Paul Haggis, Rita Wilson, Apatow and wife Leslie Mann. But the big guest star at the party was Malia Obama, 19 year old daughter of President Barack and Michele Obama. Everyone– and I mean everyone– flocked to meet the First Daughter, and beg her to get her parents back somehow into power. (If only…)

SPOILERS The first one hour episode features hot as a pistol Riz Ahmed from “The Night Of” and “Rogue One” as a surfing instructor who lights up Hannah’s world. The second episode brings a major plot development for Marnie, who Hannah says is not good at judging people when they’re stoned. Hannah tells her, “It’s like the time in high school I drank I sizzurp and you thought I had Senior-itis.” It’s must- see TV.