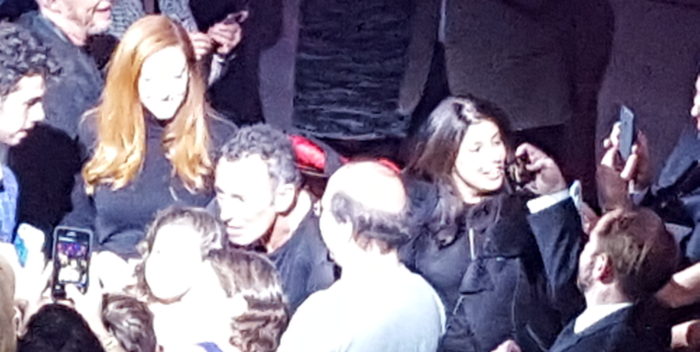 Bruce Springsteen played Melbourne, Australia last night– great timing for the Boss Down Under. Springsteen, an appropriately outraged Trump critic, mocked Trump for having a phone fight with the Aussie PM. The Boss sang “Don’t Hang Up,” a 60s hit, after saying: We come to you, embarrassed Americans tonight.”

Here’s the Orlons original from 1962