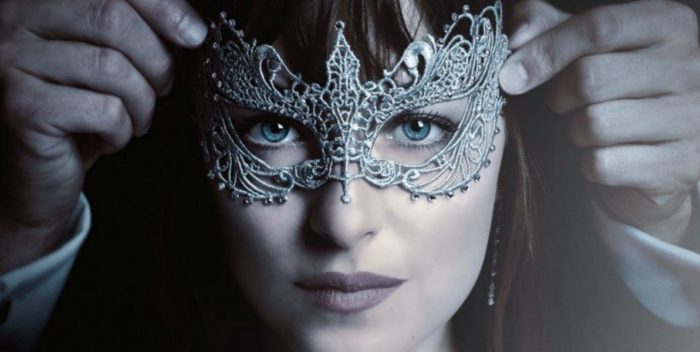 The world is waiting for this Friday’s release of “Fifty Shades Darker,” the sequel to “Fifty Shades of Grey.” But not that much of the world.

Early tracking suggests that the sequel could do 50% less business at the box office on opening weekend. The first film had an opening weekend of $85 million, which turned out to be fully half of its domestic total of $166 million. The new film is projected anywhere from $30-$40 million this weekend.

It almost doesn’t matter how much this new film, directed by James Foley, makes. The first one had a worldwide total of $571 million. Universal probably made all of its money from the planned trilogy back on Day 1.

I’ve been told that one big problem with “Darker” is that the book’s author–and screenplay writer– E.L. James– had final cut approval on this film. Sources say she had more authority than Foley or anyone at the studio. James “whipped them” into shape, so to speak. And no one was going to fight with her.

One “Darker” insider told me that they weren’t sure if James actually had final cut, but that “she was the most involved with this film than any writer ever.” It’s also well known that the director of “Fifty Shades of Grey,” Sam Taylor Johnson, didn’t return because of James. Foley is kind of a D list director whose biggest hit, “Perfect Stranger,” made $23 million in 2007.

Universal is not overplaying this release. Their premiere this week in Hollywood is a small one, downtown, at the Ace Hotel. There’s also a “fan event.” In New York there are just press screenings. Reviews are being held until the last minute.

If “Darker” tanks, by the way, look for Universal to do what LionsGate has to the “Divergent” series– and throw the last episode onto cable, pay for view, VOD, or other platforms.