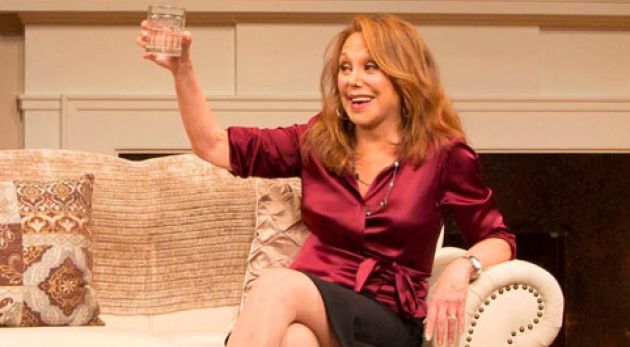 EXCLUSIVE I don’t know where the new fly by nights stars go for dinner. But walk into Ralph Lauren’s Polo Restaurant on East 55th St. these days and it’s like a throwback to Elaine’s or the original Russian Tea Room.

So there, at the hot table in the corner of the main room was like a dream come true: Marlo Thomas, Elaine May, Kathie Berlin, Letty Pogrebin. They are stars from the 60s and 70s who’ve lasted, thrived, and made an impact on all our lives. (Plus Marlo and Letty helped Gloria Steinem start the women’s movement and the Ms. Foundation. FYI. The smart, attractive girls.)

And then, as if Elaine Kaufman herself had phoned in the reservation list, came Brenda Vaccaro and a producer friend looking like it was 1977 and everyone was heading to Studio 54. When Brenda and Marlo’s eyes met, there was shrieking and introducing.

Did I mention Elaine May? One of the great writers, humorists, directors, performers in history? Director of one of my favorite movies of all time, “The Heartbreak Kid.” Mother of Jeannie Berlin, who just killed it as the prosecutor in “The Night Of.” Mike Nichols’ best friend and performance partner? Who lives with legendary director Stanley Donen? That Elaine May.

Kathie Berlin, PR extraordinaire, working on the Oscar campaign for “La La Land.” One of the legends. “Did we get enough nominations?” Kathie asked, quite rhetorically. “Oh,” she added, “I agree with you, I liked “Lion” a lot.”

And Marlo, dear Marlo, the sweetest person in the world, still looking like “That Girl,” out on a girls’ night without Phil Donahue.

I did ask Marlo about Mary Tyler Moore. They were not close friends but knew each other professionally their whole lives. Marlo’s “That Girl” was the single girl in the city in 1966 four years before Mary Richards moved to Minneapolis. (Before Mary used to say, “Oh, Mr. Grant” and after she’d say “Oh, Rob” it was Marlo as Ann Marie who used to exclaim, “Oh, Donald!”)

“We were like pieces of a jigsaw puzzle that fit together,” Marlo said, “in how we affected women’s lives.” Did they ever talk about it? “Oh, yes, a lot,” she said. “But I know she suffered the last few years. I feel for her husband. He is wonderful.”

And Brenda? She’s a voice in the newly Oscar nominated “Kubo and the Two Strings.” She’s here to co-star with Naomi Watts in the Netflix series “Gypsy.” She doesn’t stop!

Neither does Marlo. She, by the way, was just featured in the New York Times for her clothing line, “That Woman.”

So what were they doing at dinner?

“Right after dessert,” said Elaine, with the timing of an Andy Murray backhand over the net up close.