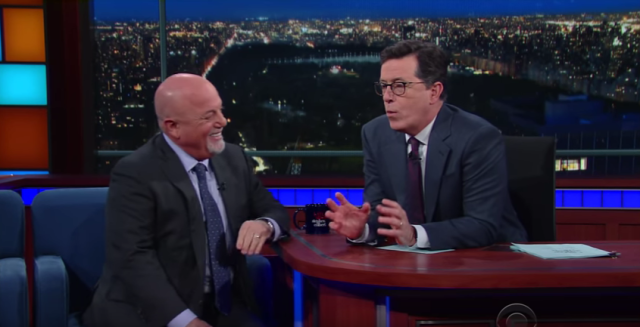 Stephen Colbert had a great interview with Billy Joel last night. Billy named his top 5 songs– “Scenes from an Italian Restaurant” was number 1. Colbert sings a medley of Billy Joel songs in two minutes. And Billy is just as charming as ever. I loved his anecdote about Paul McCartney scaring his daughter Alexa when she was a little girl.

Colbert asked Billy why he hasn’t made a new album since 1993. He said, “Elton John says you should put out more albums.” Billy replied: “I told him to put out less albums!”