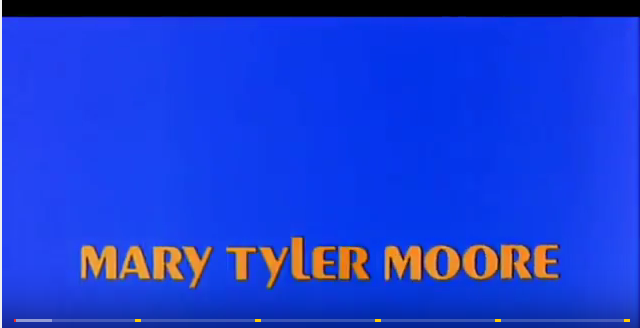 Seven seasons of the Mary Tyler Moore Show– and they’re just about all A episodes. So much to choose from. But these are three of my favorites. Lou’s Birthday Party, Veal Prince Orloff, and Lou’s First Date. In the latter, Lou gets set up with a 90 year old by accident. She doesn’t watch the news because she doesn’t have a TV. What do you for entertainment? she’s asked. “I have a fireplace.”

The best show ever, and don’t think that Mary wasn’t responsible for that as much as the writers, producers, directors and the cast. And once you watch these, you’ll be up all night watching them. Mary Tyler Moore Show is like a box of chocolates.

By the way, in “Veal Prince Orloff,” that is Henry Winkler pre-Fonzi.