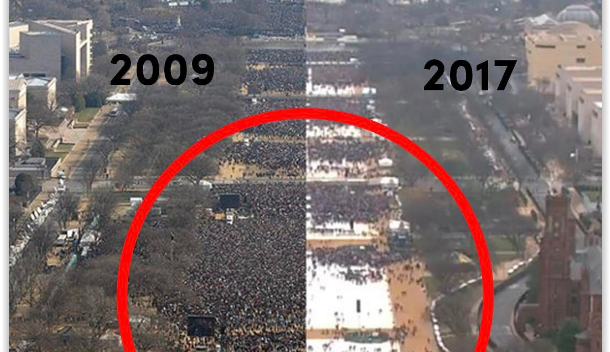 Oh Madonna. Keeping it classy at the Women’s March. She said she thought about bombing the White House. She dropped her own bombs– the F kind. All those reasonable speakers, and then the inarticulate Madonna.

Madonna says she’s angry. We are all angry. The new Press Secretary, Sean Spicer, has chosen lying for a living. On the first day! Then Trump went to the CIA and insulted them. (I think this is probably a mistake. What do you think?)

Trump and Spicer are now focused on how small or large the Inauguration was– it was dwarfed by Obama 2009 and by Saturday’s March. Plus the TV ratings– except on Fox News– were bad bad bad.