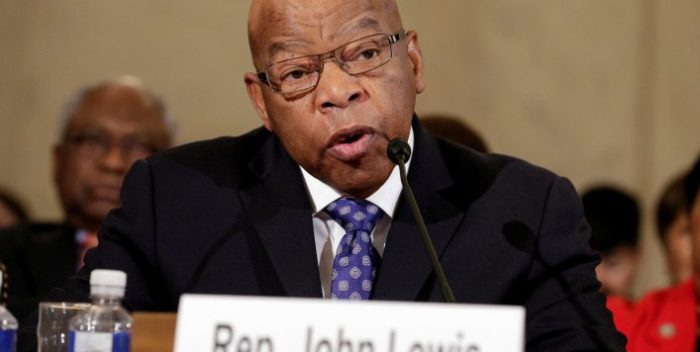 When Trump attacked Rep. Lewis (D-Atlanta), a legend of the civil rights movement and a person whose shoes Trump should lick, all hell broke loose. Was Trump trying to shift attention away from his many other issues including Russia, Putin, an inauguration no one is attending, and so on? How about several Constitutional crises when he takes office?

Anyway. Now I’m happy to say that two Lewis books, a slipcased version of “March” and his memoir “Walking with the Wind,” are numbers 1 and 2 on Amazon.com. So there, Donald Trump. Elsewhere in the Amazon top 40, three volumes of “March” are spread out individually.

Trump is already widely considered a racist and homophobe among other things. He has no black performers slated for his inauguration. The only black member of his cabinet is Ben Carson, an idiot who has no experience for his job as Secretary of Housing and Urban Development. Cadres of congresspeople are boycotting the swearing in, and there’s a massive Women’s March on Washington.  Trump has insulted everyone and anyone. But John Lewis — that seems like it was the tipping point.

Good news for Lewis, though. Lots of people will read about him now, and then they should watch Ava Duvernay’s movie “Selma.”