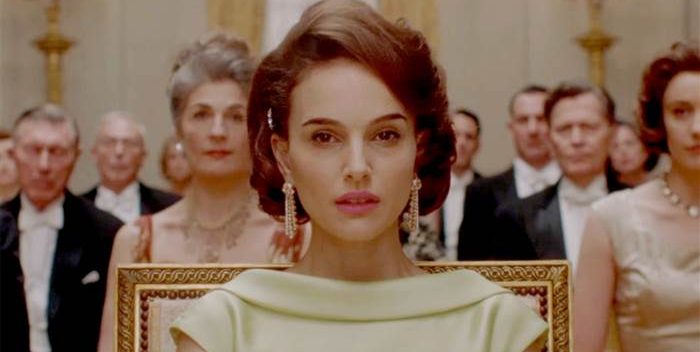 What a night at the Gotham Awards! Plenty of stars, celebs, actors, and so on. Everyone was in a good mood, too. Why? The crop of films this year is very, very good. There’s a lot of enthusiasm among the players, too. Despite the political situation being a downer, the Gothams gang was pretty excited.

I was lucky enough to be seated at a table with Katie Holmes, Neve Campbell, and David Oyelowo, not to mention  Lela Loren, hot as a pistol from the Starz show “Power.” Just behind me, a very pregnant Natalie Portman in a gorgeous beaded dress was eating with her husband. “How far along are you?” I asked, Natalie laughed. “Not far enough!” she said. My guess is she’s at six months and counting.

One of the most interesting people I met all night was Janelle Monae. whom I know from the music biz. She’s a phenomenal singer and performer. But now at 30 she’s become a substantial actress, appearing in both “Moonlight” and “Hidden Figures.” She may be the breakthrough of the season. What role would really like to play, I asked? “Lena Horne,” she answered. “She did everything.”

In fact, this is a great idea! Monae resembles Lena, and has the singing and acting chops. With her new softer hairdo, we see now what a great beauty she is. Maybe Lena’s daughter, Gail Lumet Buckley, and her screenwriter daughter, Jenny Lumet, will grab this idea.

I also met Kimberly Steward, the producer of “Manchester by the Sea.” The daughter of St. Louis billionaire David Steward is in position to be the new Megan Ellison. Megan, of course, is the superstar producer and owner of Annapurna Films. Megan laughed when I told her there was a new Megan in town. She was the next Sherry Lansing, you know, and still is! These women are the future of the movie business.

Lots more names and celebs: Alessandro Nivola and Emily Mortimer, my new favorite nominee Mahershala Ali (just steals “Moonlight” with Naomie Harris), Glen Powell, the nominal star of Rick Linklater’s “Everybody Wants Some” is about to have several new projects, and so on.

And what about Casey Affleck? The winner of Best Actor for “Manchester by the Sea” has a great new girlfriend. But he needs a hair cut pronto if he’s going to win the Oscar. His peeps don’t want to tell him, so I said I would. “Manchester” is too important.