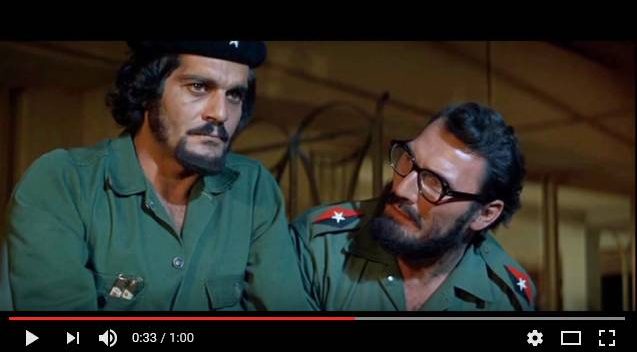 Fidel Castro is dead– Donald Trump Tweeted that out this morning, so we know it’s true.

Castro wasn’t popular in movies. For some reason, no one ever made a film about him. And only three actors ever played him.

Jack Palance played Castro in a 1969 movie called “Che” about Che Guevera. Castro wasn’t even the main player. And Anthony Lapaglia played him in a bad comedy called “Company Man.”

He was also featured in Steven Soderbergh’s four hour, two part “Che” in 2008. Demian Bechir took the role. But again, the movie was called “Che,” not “Fidel.”

Castro’s biggest media presence was his name used to sell sofa beds, as in Castro Convertibles. But Bernard Castro, the inventor of the pull out sofa, was Italian and not related.