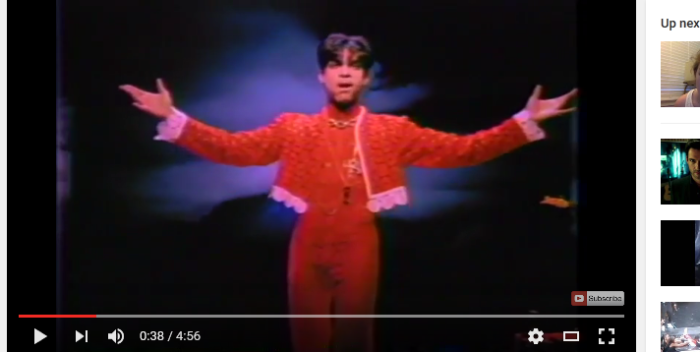 The American Music Awards are singularly dreadful in every respect. But the funniest part is Prince’s “Purple Rain” so called winning some award 31 years later after it won the AMA for Best Soundtrack. Why? There is no reason. Prince’s sister appeared, obviously all scripted and ready to “accept” her statue.

The AMAs tonight are daffy. So far only John Legend and Lady Gaga were actual artists. The rest were just disposable items from Target. Very very sad.

In this last “generation” of music, flashes in the pan like Lorde, Fun, Macklemore, and so on have just come and gone. Some have been one hit wonders. This is the reason the music industry is dead. Sting is getting the Lifetime Achievement Award. Of all the people we’ve seen tonight, only John Legend and Lady Gaga might have a fraction of his career. The rest of this is just an embarassment.