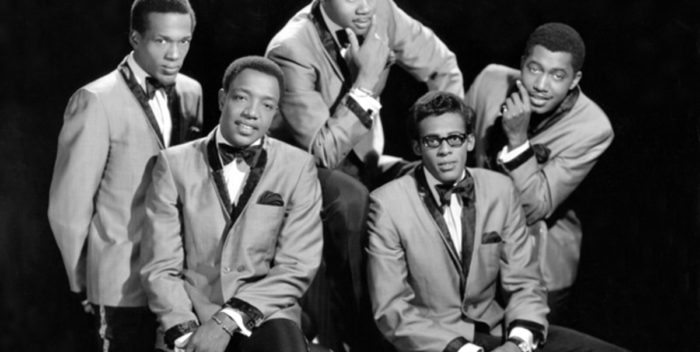 First “Motown: the Musical” was a hit on Broadway. Now comes a musical just about The Temptations– Eddie Kendricks, David Ruffin, Paul Williams, Melvin Franklin, and Otis Williams. They’re all about to be cast for the show, as well as Smokey Robinson– who wrote many of their hits including “My Girl,” plus Dennis Edwards, the Supremes’ Mary Wilson, Richard Street and Tammi Terrell.

None other than Des McAnuff will direct the show currently billed as “The Detroit Workshop,” with choreography by Serge Trujillo. Berkley Repertory Company is the producer although I hear that Suzanne dePasse, the doyenne of Motown, is involved. Suzanne produced a much awarded, much loved mini series about the Temptations 16 years ago.

It’s hoped that this show will concentrate on the Temps’ heyday, their glorious singing and dancing, and not on their final nasty years when drugs and and fighting destroyed the original group. And though her name isn’t mention in the casting breakdown I saw, Diana Ross should be there to perform “I’m Gonna Make You Love Me” when the Supremes and the Temps joined forces.

How this is all different from the “Motown” musical? That show was told from Berry Gordy’s perspective. This one will tell the stories of these people, from their points of view.