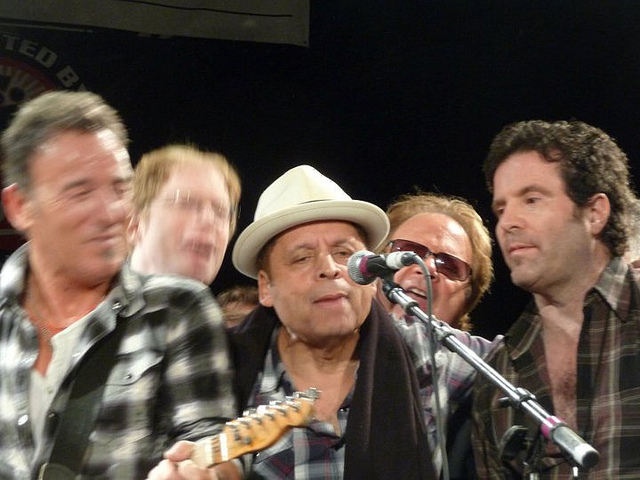 Monday night, Bruce Springsteen and Jon Bon Jovi will perform on the same stage for Hillary Clinton. The site is Philadelphia, adjacent to their home state of New Jersey. I hesitate to say they will perform together. But just their existence in the same place together is serious business.

If I were from Pennsylvania, I’d be pretty impressed. I mean, now you have to vote for Hillary.

The two singers are rarely seen together for any reason. Each one commands a huge following in New Jersey and its environs. But which is bigger? Who is the King and who is the Prince? The crowns rest uneasy.

Bruce is the King, simply from seniority. He arrived on the national stage in 1973. Bon Jovi came a decade later. And there’s a decade between them.

But still, it’s always been a little tricky. The last time I can remember them coming together was for Christmas concerts in Asbury Park in 2003. They were raising money for the town, and for the local sports teams. Sam Moore and Garland Jeffreys were among their guests.

Monday night’s show is at Independence Hall. Congrats to the lucky ones who get to see history made– not just a first women elected president, but Bruce and Jon together!