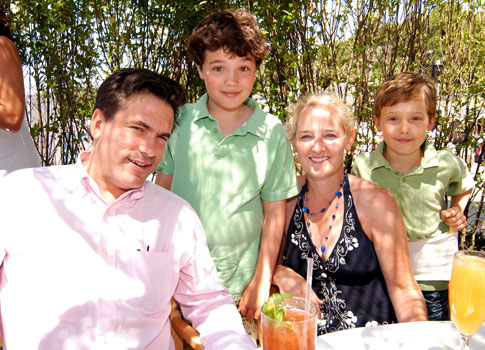 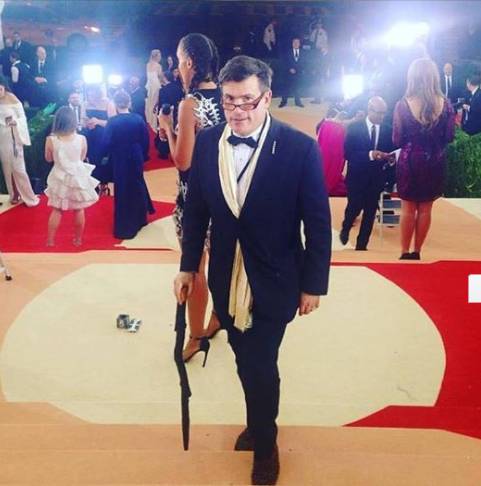 It’s my heartbreaking duty to report an untimely and tragic death. One of our own, Jeffrey Slonim, one of the sweetest guys and hardest working entertainment reporters, died after an accident on Friday. He was 56 years old, a devoted husband, father and brother. (His brother is the artist Hunt Slonem.)

Jeffrey’s entire bio is here. You can read all about his exploits as a ‘war’ correspondent on red carpets for People, Allure, Page Six, Cindy Adams and many other outlets. He was indefatigable in his quest to elicit smart quotes from celebrities and return to the office with great stories, thousands of which then skittered across the wires to newspapers, TV shows, and all the outlets that claim “exclusives.” They more often than not came from Jeff.

I think of Jeff as very preppy, as his Maine background dictated, and very polite. He wore a lot of seersucker, especially in very hot weather, a lot of red and plaid. He was like a walking Ralph Lauren ad. He loved Cole Porter. Jeff was kind of a throwback to a gentler time.

And he never gave up, usually having to deal with publicists whose manners were in direct odds with Jeff’s very good ones. Sometimes he would be hurt personally by poor treatment, and I would tell him, please don’t be, these aren’t real people.  But he wanted to see the good in everyone.

And what a life: Jeff went to high school with Julianne Moore, attended Yale, worked for Andy Warhol, was on the front lines with Sean Combs/P Diddy when the rapper ran the NYC Marathon.

A website called KDHamptons ran a great Q&A with Jeff– I’m not sure when– but you can read it here. And see the pictures of this beautiful family, of whom he was so proud. Something went wrong with Jeff on Friday. I’m told it may have come from a bad drug interaction. His friends are in shock, and we send condolences and love to his family. Jeff Slonim will be sorely missed.

PS I just saw this wonderful piece in Town and Country by Jeff, from September 30th.