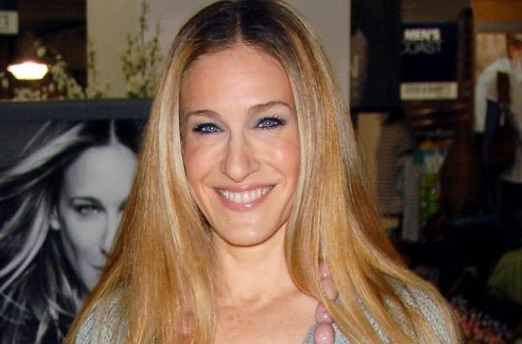 Sarah Jessica Parker is going to edit four novels a year for the Hogarth Press. This was announced yesterday by The New York Times, so it must be true. The Hollywood Reporter, loathe to pick up a phone or Google anything it can just aggregate, ran a big story on it as if it was their own.

The Times reports: “Hogarth, the publishing house founded in 1917 by Virginia and Leonard Woolf, is mounting SJP for Hogarth, where, as editorial director, Parker will help to find, edit and publish three or four new novels a year.”

Yeah, but you know what? That Hogarth Press has not been in business since 1946. Started in 1917 by Virginia Woolf and her husband Leonard (you know them from “The Hours”) the company sputtered out in ’46 although the name survived until 1969. And then it was over, completely.

So what is this Hogarth Press? Why, it’s an imprint of Penguin Random House. Penguin and Random House used to be different companies until they were forced into a shotgun marriage three years ago. They have a UK imprint called Chatto & Windus, and that imprint begat a Hogarth 2.0 in 2012. The Woolfs are long gone and have nothing to do with it, obviously. (She died in 1941, look it up.)

The Times doesn’t mention Penguin Random House or any of this. They do leave the impression that “Hogarth Press” has been a fine old institution lo these many decades. Hah! I thought it said Hogwarts Press, and it might as well have. I really like Sarah Jessica Parker, but she won’t be going to lunch with Mrs. Dalloway any time soon.