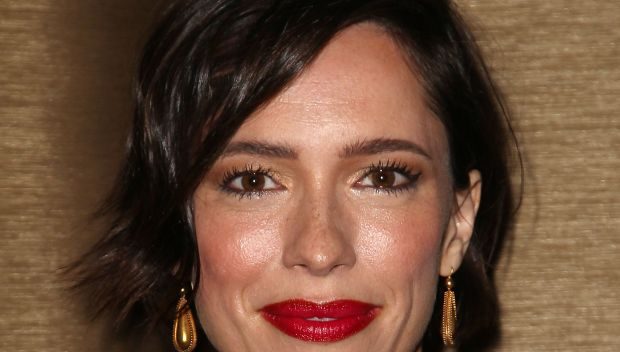 Christine Chubbuck shot herself in the head during a newscast. Her bloody suicide received the kind of national attention she craved and never received for the meaningful stories she tried to report.

The movie manages to be both respectful and empathetic to Chubbuck who struggled with depression and widespread sexism she faced professionally. Among the movie’s terrific cast Tracy Letts’ gives a stand out performance as Chubbuck’s boss Mike Simmons, desperate to improve ratings for the faltering Sarasota, Florida news station and whose mantra is, “If it bleeds, it leads.” Also J. Smith Cameron is hugely appealing and effective as Chubbuck’s mother. And Michael C. Hall is spot on as the station’s Ted Baxter-ish anchorman. (Indeed, the whole thing could be described as “The Mary Tyler Moore Show” on acid.)

At a private screening in midtown hosted by former news broadcaster Alina Cho (now with Random House) and Fox5’s Rosanna Scotto, Hall participated in a Q&A and afterwards mingled with guests at the reception. Hall came with her husband, actor Morgan Spector, who has a brief role in the film as Chubbuck’s gynecologist.

The London-born actress, who is the daughter of world-renowned theater director Peter Hall and opera singer Maria Ewing, is passionate about the film and spoke to Showbiz411 about her breakthrough performance:

Your husband  plays your gynecologist in the film. That’s pretty funny. How did that happen?

RH: He’s the best! I love him. Antonio (Campos), the director, got to know him a little bit during the sort of prep period of getting ready for this because it took me about three months to build this character and work it out how to do it and all that sort of thing. So during that time Antonio and Morgan became friends and then Antonio was like, ‘I think – it was actually the first day of shooting with the gynecologist is – so he was like, ‘I think she might need some friendly faces on set so you should just come and play that role,’ which was kind of wonderful actually. Yeah (laughs), my legs are actually in stirrups.

You just got married last year?

Yes, a year on Sunday.

Congratulations! And you just finished a movie together, “Permission” right?

We did the movie together but we’re not in any scenes together, but he’s in it.

You were in “Machinal” at the Roundabout Theater Company several years back. Aren’t you about to do another play?

It’s a new play called “Animal” that will be on at the Atlantic (Theater Company) next year. It’s by a British writer (Clare Lizzimore) who’s not very well known. I can’t talk about it that much because I don’t know how much is going to change at this point.

You come from a theater family. Is your preference to do theater over movies?

No, no actually. I come from a theater family but I grew up watching films and I’ve always loved filmmaking. When I was a kid I watched endlessly films from the 40’s, 50’s and 60’s and I discovered the sort of American cinema, in the 70’s actually, there were so many extraordinary films being made at that time that had this sort of strange, paranoid quality that I was fascinated by and I think a lot of “Christine” is in dialogue with that actually.

You changed your appearance and your speech so drastically for the role of Christine. I forgot how ugly clothes were during that period and those thick eyebrows totally change your face. Also your voice is wooden and you move a little awkwardly. What part of that was key to finding your way into this character?

I think honestly the voice was the thing that started it but then all of it. There wasn’t any part that was less important to me. I couldn’t have done it without the clothes and the make up and the hair and the voice and the physicality. All of that stuff is external but the way you have to build it from the inside out so you find the emotions and then you find a way into all those things that make sense because in my mind really good acting has to be invisible. You can’t see all the mechanism and that’s hard when it’s a big characterization, and if you stand a chance at being able to do that you have to internalize that and you have to have a very intimate relationship with that person.

As someone who has worked in a newsroom, I can say the film accurately portrayed the sexism female reporters faced and the pressure to look good, smile more and be appealing, something men never had to deal with.

There’s something poignant about how that’s captured in the film isn’t it? Now that we’re looking at electing our first female president and everyone’s judging her on how much she smiles. (laughs) There are resonances I think that are poignant about this film on many, many levels despite the obvious ones.

The movie also shines a light on depression, and how often very talented and bright people struggle with that sickness.

The think I always felt about the Christine Chubbuck story was that before I even read the script I felt like there has to be some significance here. It’s not my job, I’m not a critic and I’m not going to work out what the significance it, but I can try to grapple with it as an artist and present it. It feels significant. It feels like she’s a harbinger of many things that we’re really bad at talking about as a society still, suicide, mental health, women in the work place, how we view women in pain and how we think of how they should behave. There are so many things that in many ways we’re quite good at turning our backs on and not talking about that she makes us talk about.

Talk about shooting the suicide scene. You mentioned the film was shot chronologically.

We all knew it was coming and it was a very somber day. Everyone was going, “Oh, I don’t want her to do this.’ So it was heavy, then I got very emotional. Also your body doesn’t know the difference. If you’re holding a gun and you’re holding it to your head, you’re getting an adrenaline surge, which is an especially complicated response. And then you have blood coming out of your head, and your body again, it’s still, I was shaking. And we were filming in this essentially abandoned warehouse where they built the TV set and there were no trailers and no amenities. … There was nowhere to shower so I had to get in the car to go home still covered in fake blood. I just remember going home and just sitting in the blood and crying and trying to get the blood off.

What did you learn about yourself doing this movie?

I suppose I learned for better or worse she was a character who was resolutely and defiantly herself, and I feel that’s important. I learned that I want to play roles that you use every aspect of myself, every fiber of my being as much as this was a character that wanted to be used and valued and I feel like I learnt something about me that’s similar in that respect.

I mean you can’t really can you? Because it just means that you’re setting up yourself for disappointment. You’ve got to divorce the expectation but that said, that said, you know, I’ve never been more proud of something. I’ve never been more used as an actor. I mean, really utilized, so if I was going to get attention like that, I want it to be for this one.