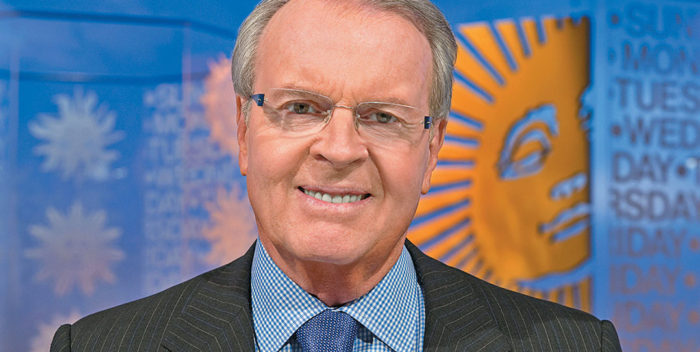 Jane Pauley is the story of the day  as Charles Osgood retires from “CBS Sunday Morning.” Pauley was ousted unceremoniously from the Today show years ago, but never stopped working and always held her head high. Now she gets the plum of TV news, and she deserves it.

Osgood, 83, retired today after hosting “Sunday Morning” since 1994 and joining CBS News in 1971. He’s a class act, and his final show was just like all the others– a reverie. The entire 90 minutes was devoted to him, and we learned a lot including that Osgood is his middle name!

Osgood took over the show from the beloved Charles Kuralt, who retired in 1994 at age 60 and died three years later from lupus. Kuralt had left a strong imprint, but Osgood made the show his own. He complemented it with his daily radio spots, which he says will continue.

Pauley should have a good, long run on “Sunday Morning,” continuing the tradition and making the show slightly in her own image without tampering too much.