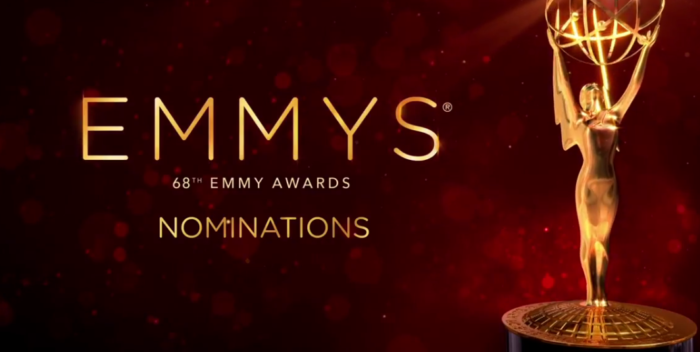 The Emmy Awards were a lot of fun last night for a few people. They scored their lowest ratings ever– 11.2 million. Even Jimmy Kimmel’s mom was watching the Jon Benet Ramsey special on CBS between breaks.

Why so low? None of the shows or actors who won appear on broadcast TV. The Emmys are now in the same position  as the Oscars– celebrating indie films, or shows, and ignoring the blockbusters. Many of the nominees and winners aren’t even on TV.

The biggest shows on TV get no Emmy love– “NCIS” and all its permutations, other procedurals, and so on. Those shows aren’t hip and rarely have the thespians, but they’re popular. Those actors are the ones people want to see on the Emmy show.

Instead, in comedy the two male actors who won– one plays a transsexual (“Transparent”) and other plays someone’s mother (“Baskets”). The former show is on the internet, the other is on F/X and I doubt most of the room last night even knew what “Baskets” was.

At least “Mr. Robot” is on the USA Network, part of basic cable. Rami Malek is so good– but why didn’t the Emmys have Christian Slater there to do something? He co-stars on the show and at least is known to the mass audience.

The HBO wins were solid; most everyone has HBO. “Veep” and “Game of Thrones” are incredibly popular. But a lot of went on last night, from a viewer’s perspective, was very clubby. It was the opposite of TV. The Emmys should be played for that guy who made the bouquet of TV Guide pages on “Seinfeld.” That’s the audience.