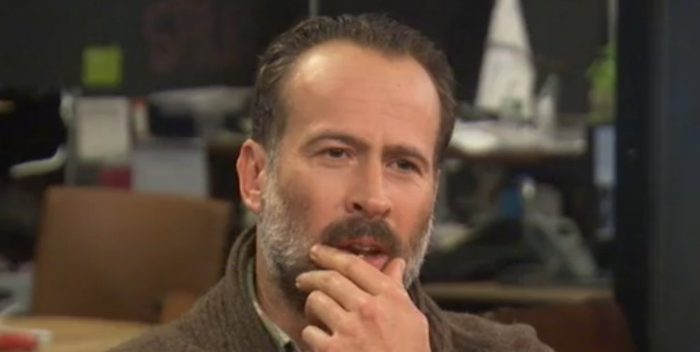 “My Name Is Earl” star Jason Lee has quietly exited Scientology. Lee has followed a bunch of celebrities out the door including Leah Remini, Paul Haggis, Lisa Marie Presley, and Jason Beghe. The news comes from an interview with a Denton, Texas blog that was picked up by and elaborated on by Tony Ortega.

In the Denton interview, Lee is asked whether in his family’s move to Texas if he planned on buying commercial property. Lee says: “And being that we don’t practice Scientology, and that we aren’t particularly interested in opening religious centers in general, we have no plans to open a Scientology center. Quite a few rumors about me/us floating around but none of it’s true.”

Lee leaving Scientology is a big deal. He’s been in the cult since he started as an actor. He was brought in by his friend Giovanni Ribisi, whose family have been members for years. Recently, however, Ortega reports, Ribisi’s 18 year old daughter has left the group, too. (Ribisi’s sister, also an actress, is married to rock star Beck; the Ribisi’s dragged him in, too.)

As Ortega points out, all these exits raise a lot of questions about how families and friendships continue to function afterwards since Scientology prohibits its members from having contact with those who have left the organization. (This is called “disconnecting.”) It seems clear that Lee’s answer was simply to get out of town– he left Hollywood to start a new life with his wife Caren and their kids. Smart. Now, he can “only connect.”

Lee was an up and coming film actor before getting the (repulsive) hit series “My Name is Earl.” He starred in several Kevin Smith movies including “Chasing Amy” and “Dogma,” as well as Cameron Crowe’s “Almost Famous.”