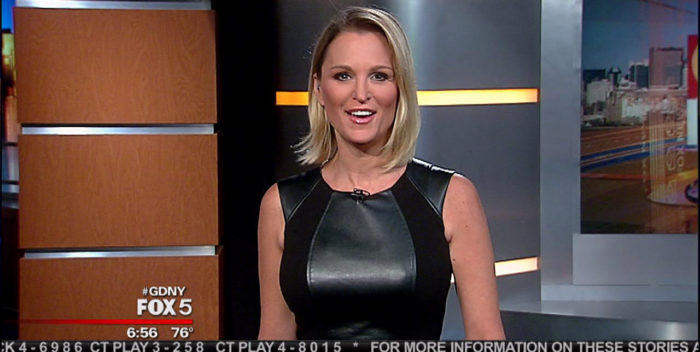 Greta van Susteren isn’t the only female to pull up anchor at Fox News this week.

My old pal Juliet Huddy left, too. She went abruptly from her latest post at Fox 5 New York. She’d been with the network for two decades.

READ THE UPDATE ABOUT WHY JULIET HUDDY LEFT FOX NEWS

Huddy had been a star at the Fox News network, but as time went on she was moved to local Fox 5 before fading out. She was very popular with the TV audience, and I always thought one of the real talents at the network.

But today she exited with little explanation except this one, posted on Twitter. Website Mediaite.com said she was Roger Ailes’s “goddaughter” but Huddy denies it, and I never heard that. She calls it “an urban myth.” 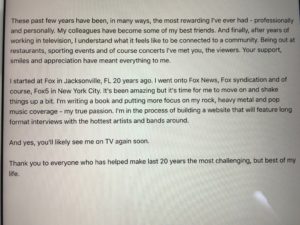 Juliet most definitely won’t talk, and it sounds from her text to me that she’s probably been gagged by a confidentiality agreement. Her exit simultaneous to Ailes’s $20 million settlement with Gretchen Carlson, and Greta’s departure, would be some coincidence.

She calls the last 20 years “my most challenging,” and I’ll bet they were.