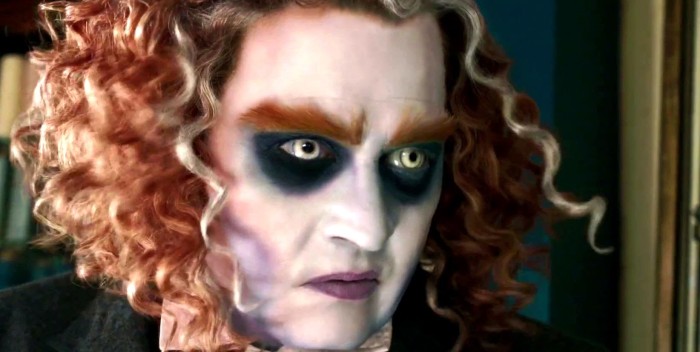 The movie box office is not a happy place this weekend.

For one thing, it turns out that Johnny Depp’s “Alice Through the Looking Glass” is still playing somewhere. Actually, nine screens. It made a total of $1,000 last night. Does Disney know it’s still in distribution? “Alice” has earned $77 million domestically in 99 days of release. It would be a total write off with a $200 million budget except that overseas it made $218 million. It’s mostly a disaster.

Michael Fassbender and Alicia Vikander are fine actors. She even has an Oscar now. But they can’t find “The Light Between Oceans.” It’s a dark dark place when your movie is ridiculous. They made $1,357,000 last night. That won’t pay the electric bill at the lighthouse. This real life couple isn’t generating heat at the box office. (I wonder how often that sentence has been written over the years.)

Robert DeNiro and Edgar Ramirez are just great in “Hands of Stone,” so is Usher. But audiences aren’t buying it. “Hands of Stone” is suffering a second round knockout this week. Last night it made just $350,000. Adding a million bucks to the total by Sunday isn’t going to help anyone. Plus, TWO more boxing movies are coming! The audience is already on the ropes!

Also, remember “Ben Hur.” Oy vey. Dead everywhere. Only $21 million overseas. Just $22 mil in the US. No one wants to see it. But again, hoping for that new “Earth” just discovered. Those people will be fascinated, trust me. (Unless they’ve been illegally downloading for years.)