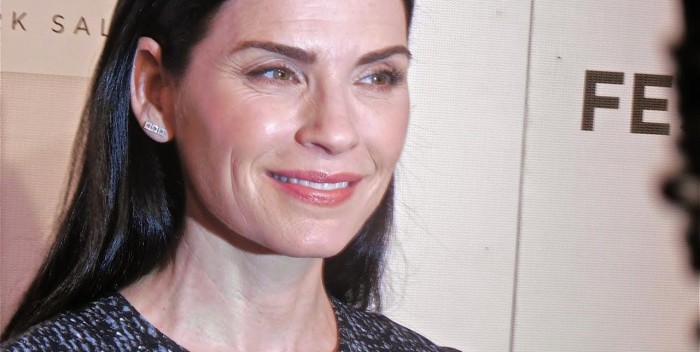 It looks like Julianna Margulies has her second post- “Good Wife” project. I’m told she’s going to be featured in a new film directed by Susan Seidelman, famous for “Desperately Seeking Susan.”

In “The Girl with the Pink Hair,” Margulies will play an Orthodox Jewish woman who becomes friends with a teenage black girl. They are each surviving breast cancer.

Seidelman has worked sporadically over the years after making a bunch of good movies in the mid to late 80s. “Susan” was her pinnacle. It will be great if she can pull off a cool indie surprise once again. Margulies is a great choice– everyone loves her, and it would be nice to see her move into film for a while.

Barbara Masry and Jasmin O’Brien are producing from a screenplay by Masry and Adam Nadler. Previously Nadler had directed a short film version of “Pink Girl.”

(Tip of the hat to @irene_tgw, loyal reader and Margulies super fan)