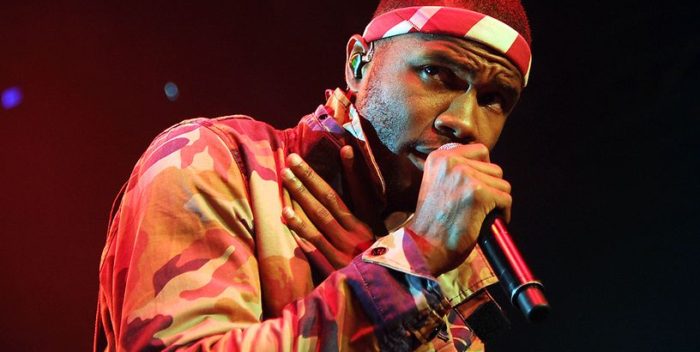 Frank Ocean’s “Blond(e)” caused waves last week because Ocean thought he put one over on his record company. He released his music independently, had no CD, no single for radio, and made the album available only on iTunes and AppleMusic.

But now Ocean is drowning on the charts after 1 week at number 1. So far this week, “Blond(e)” has fallen to number 4, with Florida Georgia Line, Britney Spears and Barbra Streisand knocking him out.

Ocean’s sneaky work has only undone his situation as fans from Amazon, Spotify, retail outlets, etc are prevented from buying his album. Plus, having no A&R to speak of, his album comes with no track for radio to hop on. Plus, “Blond(e)” can only be purchased from iTunes as a whole entity.

As we all know, the world’s oceans are in trouble. And now this Ocean may have polluted itself. And as we’ve learned from Kanye West and “Life of Pablo,” once you’ve wrecked a release you can’t do undo the damage.

Now, Billboard is thinking “Blond(e)” has netted Ocean $1.7 million in sales. But with the sales dropping, and no radio play forthcoming, Ocean may regret the choices he made. But so far this week his Sales Plus Streaming only comes to 35,000 total. There are two days left, but the fall off from his debut last week with 270,000 is pretty shocking.

And that $1.7 million? Once you’ve paid taxes, and all the people involved, that number doesn’t look so good.