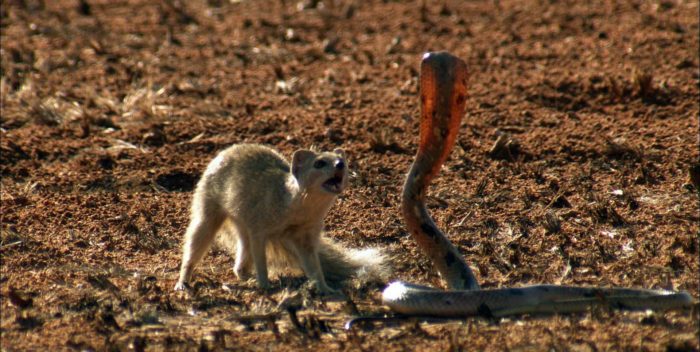 Was Anthony Weiner set up by the NY Post? Whither the mongoose?

Today is August 30th, and on Sunday, Anthony Weiner’s slimy life came crashing down around him. It was “revealed” in the New York Post that he’d been caught texting a “busty brunette” who has gone unnamed, sending pictures of himself with his baby son next to him in his bed. Yes, he’s bad guy.

But this was all predicted, conveniently, by the Post back on August 11th. Yet today, the Post has forgotten all about that. Were they were working on setting Weiner up all this time? Was he just easy prey?

August 11th NY Post headline: Anthony Weiner still sexting other women. This story marked the return of Weiner’s old sexting buddy Sydney Leathers. Out of the blue, the Post “reported,” Leathers wrote a review of the “Weiner” documentary. She was “sure” he was up to his old tricks. Leathers is a busty brunette, by the way.

August 13th: The Post ‘reveals’ that Weiner has been caught sexting. He says he’s “deceptively strong” like a “mongoose.” The story was fun, and the mongoose thing should have caught on. But it fizzled. Maybe too many people were away on vacation.

August 14th: The Post reports the mongoose sexting partner is a Republican, and that Weiner has told her the Post is following him.

also August 14th: The Post now introduces the idea that Weiner’s sexting could make his wife Huma Abedin a political liability. Oh, that’s what this is about…

August 21st: The Post says Weiner told a Florida talk show host he was being “catfished” by the paper.

Four days later, Weiner is splashed on the front page of the Post with a new sexting scandal from the unnamed “busty brunette.” The Post has the woman’s emails and texts. Weiner is properly destroyed. Abedin leaves him, all his employers drop him. The final act.

Yes, he’s the worst and deserves what he gets. But was the Post complicit in the effort?

Sound too crazy to be true? Well, in 1997 it was widely reported that the Globe supermarket tabloid paid Suzen Johnson to set up NFL hero Frank Gifford. She had an affair with him, making his wife Kathie Lee Gifford the object of humiliation. The National Enquirer — no doubt angry that they’d been upstaged– scooped that Gifford had been set up. (The Enquirer later bought the Globe.) Johnson had been paid by The Globe to do it, the room where the seduction took place had been wired. It was a total set up to embarrass the Giffords.

The Post, let us not forget, is cousin to the News Corp papers in the UK that were profoundly revealed in the hacking scandal. Reporters and editors were paying police officials, hacking into emails and phone calls. Now, the Brits who ran the hacking are here in the US working for Rupert Murdoch. Rebekah Brooks, anyone?

And what makes this completely suspicious: the whole “mongoose” episode has disappeared from the newer reporting about Weiner. You’d think the “mongoose” thing would be hung on Weiner now. It was only two weeks ago. Strange.

Of course, the Post would never do something like this. Col Allan is gone. The Murdoch brothers are a whole new generation. This is the kind of thing you could imagine would be hatched at the old style News Corp. Right?