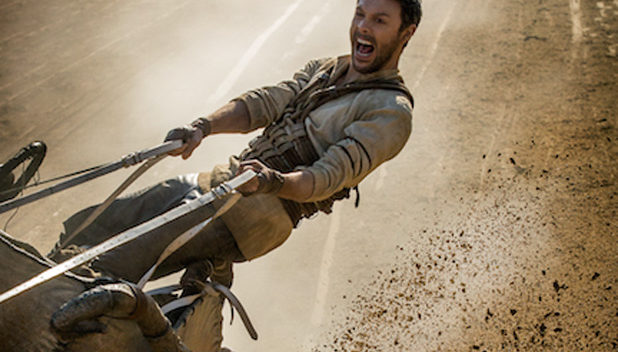 The reviews are in and they are not good. The remake of “Ben Hur,” opening Friday, should be the biggest flop of the summer, if not the year. The movie is registering a poor 32% on Rotten Tomatoes among critics and bloggers. The number keeps dropping, too.

The big question will be why did Paramount greenlight a remake of the classic 1959 film with director Timur Bekmambetov?

Trade reviews are terrible, and the onslaught of negatives on Rotten Tomatoes and Meta critic are is on its way.

The budget is listed officially at $100 million, but $150 million seems like a more reasonable number for what’s been spent. The only thing going for it is a lack of overpaid stars.

And that may be the problem. While Jack Huston and Toby Kebbell are fine actors, they’re not big names. “Ben Hur,” if it had to be done at all, needed a “Gladiator” like Russell Crowe to drive the chariot around the box office.

But why remake this at all? Why remake most of the remakes? Let them alone on Turner or AMC. New ideas are what’s needed. Hollywood just keeps going back and back to a well no one’s interested in.

I digress. “Ben Hur” may do well overseas, where no one will be the wiser. But in the U.S., unless people are desperate for air conditioning, it sounds like trouble is coming.