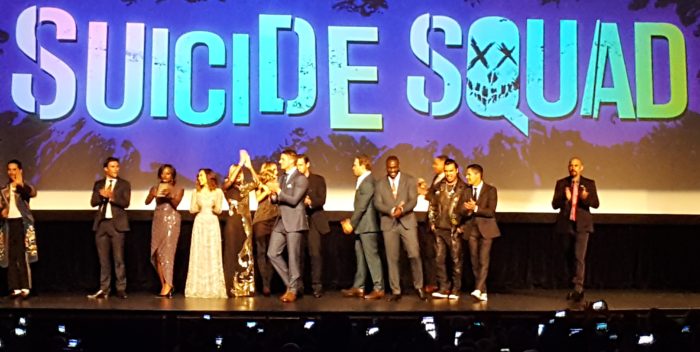 The big news on Friday was that Seth Rogen’s “Sausage Party” might cook “Suicide Squad” for the weekend. But in the end, the talking deli meats fell to the super heroes, even though they still registered on hot coals.

“Suicide Squad” took $43.7 mil for a US total so far of $222 million. The saucissons scored a record for an R rated animated movie opening in August with spicy mustard for $33.6 million.

Meanwhile, back among movies that aren’t animated or feature comic book characters: “Florence Foster Jenkins” with Meryl Streep and Hugh Grant is in semi-wide release and took in $6.8 million. That’s a solid beginning, because it’s almost impossible now to get adults to theaters even if something is well reviewed. Look at “Cafe Society,” which took off strong but is slowing down considerably. How about second rounds of publicity for these films, or some new ads?

In this category there’s also “Captain Fantastic,” which may not hit $5 million and should have done twice as much. Are these distributors simply going to cede ground to Netflix and Amazon, et al? And then there’s Steven Spielberg’s badly handled “The BFG,” which will end its run at $53 million US and worldwide total $127 million. Spielberg must be fuming.

PS It’s August 14th, and only one of the movies in this week’s top 10– “Florence Foster Jenkins”– will register any mention at the Oscars this year, maybe. Keep that in mind.