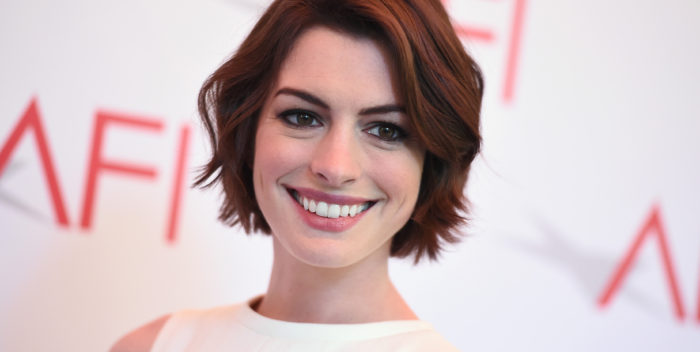 I told you a few weeks ago that director Gary Ross had secured Elizabeth Banks for his all female “Oceans” heist movie. Now there are reports that Anne Hathaway is in, which means Banks is out as a member of the pack. Hmmm…Hollywood deals are crazy no?

I also told you that Mindy Kaling was in, which is true as well as Helena Bonham Carter. Rihanna, the pop star, is also in. So is a woman named Awkwafina, aka Nora Lum, a Chinese actress who was in “Neighbors 2.” I’m sure she’s lovely, but you’re going to see more and more relatively unknown (to Americans) Chinese and Asian actresses in these big studio movies. The studios are pitching now directly to the Chinese audience in China, where box office receipts are coveted.

Sandra Bullock and Cate Blanchett still lead “Oceans 8” which will film after Blanchett finishes a short Broadway run this winter. The big question is: will George Clooney have a cameo? My guess is: absolutely. And Brad Pitt might not be far behind.