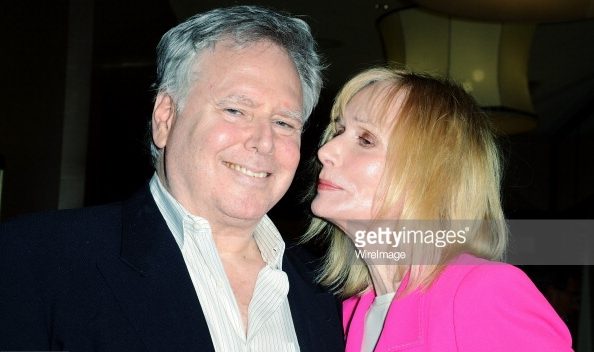 Jonathan Krane died suddenly over the weekend. He was 65 and had been married to Sally Kellerman for a long time. They had two kids.

Krane had worked for producer-director Blake Edwards, then took off produced John Travolta’s comeback movie, Look Who’s Talking. (Travolta had been ice cold at the box office for years before that.) Edwards thought Krane ripped him off. Krane started his own company, called MCEG, which was a famous disaster. He and Travolta split in 2002. He made one more film with Kevin Spacey in 2010, which frankly I don’t remember and may not have been released, called “Father of Invention.”

Most of Krane’s credits are either with Edwards or Travolta. He had a let’s say unique career, but I’m sure he was a lovely father and husband, and will be missed.

A call yesterday to Travolta’s publicist’s office confirmed what I’d heard during Oscar weekend. The party’s over and Krane is out. Krane is not listed as a producer on the upcoming John McTiernan feature Basic in which Travolta co-stars with Samuel L. Jackson. Krane’s name has been on nearly every Travolta picture since 1988 as producer or executive producer.

But alas, someone was going to be blamed eventually for Travolta’s dimming career. Domestic Disturbance, Swordfish, Battlefield Earth — those are just some of the recent Travolta bombs. Lucky Numbers, Mad City, The General’s Daughter, and Primary Colors are among Travolta’s other less than celebratory moments on film under the Krane imprimatur.

Krane had a sweet deal with Travolta after resurrecting him from the dead with a trio of Look Who’s Talking pictures some 10 years ago. The rumor was that he was never paid as a manager, but took the production credit on each movie as his way of making bucks. Consequently Krane cleaned up early in the game.

But Krane was also responsible for fashioning Travolta’s famous perk package, a 30-40 page document that guaranteed the star his own chef, a weekly gift worth $1,000, and many other accoutrements that made him unwanted by savvy bottom line movie makers.

Krane, who is married to actress Sally Kellerman, became well known when he worked for director Blake Edwards in the early 1980s. But Krane fell out with Edwards, even though he continued to cash in on his name when he started his own movie company, MCEG, in 1987. In 1991 Edwards told me that he was furious with Krane and no longer spoke to him because Krane had made all his contacts through Edwards and then left.

MCEG eventually went belly up and lost millions for its investors. The company ran from 1987-1990. A wildly subjective account of its short run as a “40’s style movie studio” can be found on Krane’s wacky self-promotional Web site, kraneonproducing.com. An autobiography by Krane is promised on the same Web site, although it’s never surfaced.

The Los Angeles Times wrote about him in 1993: “The onetime Wunderkind was trashed publicly by former employees and creditors as a megalomaniac who was obsessed with perks and abrasive to his employees.”

Since the demise of MCEG, Krane has managed to be involved in all the subsequent Travolta movies. Even though managers rarely turn up as producers, Krane’s name has been inveigled into all of Travolta’s projects.

A sign that things had changed suddenly was the absence of Krane’s name from Basic, which is being produced by Guy East and Nigel Sinclair for Mike Medavoy‘s Phoenix Pictures and Columbia Pictures. According to sources, Krane had previously been responsible for preventing at least one Travolta project, a musical bio of singer Jimmy Rosselli, from being made. It was also said that it was because of his interference that Travolta dropped out of The Shipping News a couple of years ago. Kevin Spacey took the role.