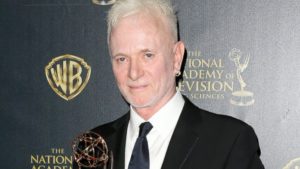 “General Hospital” fans who were hoping for the return of Luke Spencer– played by Tony Geary– are going to be disappointed.

A year ago, Geary left the show, retired, and moved to Amsterdam. It doesn’t look like he’s coming back to the show or the US.

Over this weekend, there was a tag sale to get rid of whatever contents remained. A spy writes: “…whole house cleaned out. Very Boogie Nights 70s interior. A lot of Xmas CDs, Rosemary Clooney.. still getting over Liz [Taylor] and Bob Dylan…carpet awful…no light…”

ABC and the soap must know the score. Last week on the show one of the characters discovered what might be Luke’s desiccated body, along with positive ID of personal jewelry. No one ever dies on a soap, but this might have been their signal to the actor that they’re not amused he’s really gone.