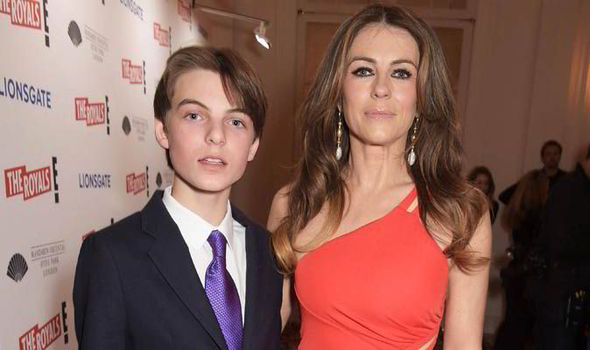 Remember when Elizabeth Hurley got pregnant with producer Steve Bing’s baby? That was 14 years ago, and now baby Damian is a teenager. He’s going to make his acting debut alongside his mum on Hurley ‘s E! channel soap opera “The Royals.”

Damian, who goes by the name Hurley, is heir potentially to a billion dollar real estate fortune in Los Angeles thanks to his father’s family, and another fortune made by Steve Bing from movie and record deals. The boy has half brother through Bing thanks to another relationship, this one with the late billionaire Kirk Kerkorian’s wife, Lisa Bonder.

According to a press release, Damian will play the Prince of Lichtenstein in “The Royals” episode. But Damian is probably already considerably wealthier than that Prince who is fictional and also from a country no one can find on a map.

The only hitch there is that Steve Bing once said he’d donate most of his wealth to philanthropy.

Damian’s great grandfather, Leo Bing, and his brother Alexander, were New York real estate titans. Their “Bing & Bing” buildings are still some of the most fabled in the city including the Gramercy Park Hotel. They worked generally with famed architect Emery Roth. The company was sold to Marvin Raynes, son in law of Denver oil magnates Marvin and Barbara Davis (the latter, the beloved Los Angeles society grande dame) in 1985. The Davises also owned the Beverly Hills Hotel and 2oth Century Fox.

So the bigger question is, will Damian ever get a Bing & Bing apartment? Even the Prince of Lichtenstein would covet that!