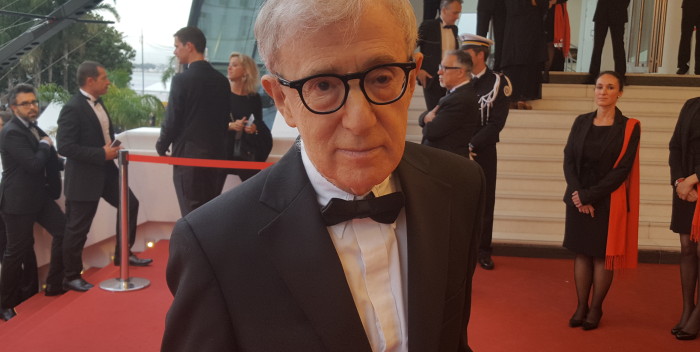 Friday box office: “Ghostbusters” opened very well, winning Friday with $17.2 million. They’re aiming for a $46 million weekend, and may it do a little better than that. Predictions are that “Secret Life of Pets” will clean up Saturday and Sunday and win the weekend. But for a live action comedy for adults, “Ghostbusters” is a hit.

Woody Allen’s “Cafe Society” is crowd pleaser is limited NY-LA opening and should expand nicely with mostly good reviews. Some negative reviews really shocked me. Listen, kids, Woody Allen owes us nothing. He is a master of filmmaking. Quick, dismissive reviews are a waste of time and show a lack of knowledge.

“Cafe Society” is very funny and quite profound. It’s a little echo of “The Great Gatsby” mixed with “Crimes and Misdemeanors.” Not since “Deconstructing Harry” has Woody has asked so many questions about what it is to be a Jew– and gotten so many laughs too.

Jeannie Berlin and Ken Stott steal the film as Jessie Eisenberg’s parents. Their discussion of the afterlife and consequences of religious integrity is part of Allen’s canon, but it remains an important one. And where else in filmmaking does anyone bring up philosophy of any kind? Woody’s world of ideas doesn’t exist anywhere else in cinema now.