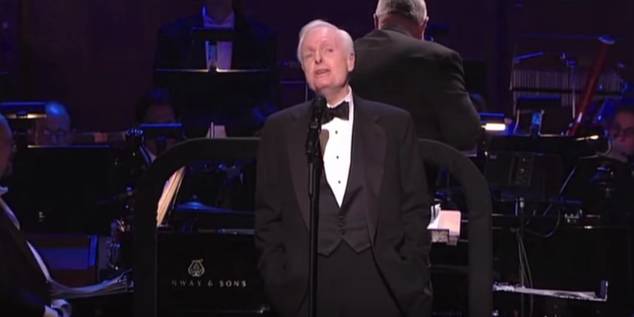 John McMartin is a face you know, and a voice, too. He was a journeyman actor who moved easily to from TV to movies to Broadway as a significant supporting player. His death at 86 was announced this morning in a typical low profile listing in the New York Times obits.

McMartin was known for playing patrician characters, often in conflict with their surroundings. He was the foreign editor in “All the President’s Men” and a regular presence on nearly every TV series of the 1970s. He played everything from Mary Tyler Moore’s lawyer when Mary Richards went to jail and Jane Wyman’s foe on “Falcon Crest.” He could be alternately heroic, noble or sniveling.

McMartin’s greatest successes came on Broadway and in theater. With dozens of credits and many nominations for awards, McMartin’s last two shows — the musical “Anything Goes” with Sutton Foster, and the play “All the Way” with Bryan Cranston– were huge hits with long runs and many accolades for McMartin. He originated key roles in the premiere productions of “Sweet Charity” and “Follies.”