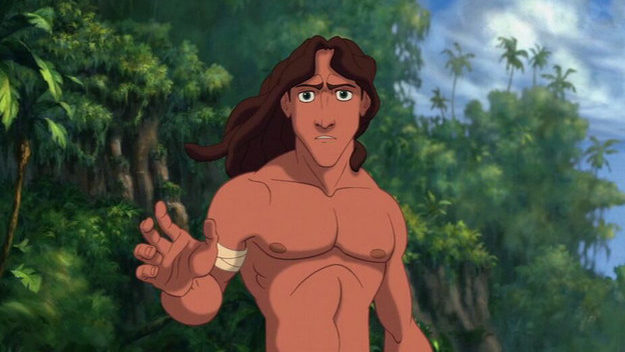 The four day weekend was brutal at the box office. “The Legend of Tarzan” managed to swing from one branch to another without falling into the jungle. The result was $45 million, which isn’t bad but isn’t great either. It just is.

“The BFG” came out at $22 million for four days, which is bad and I feel bad about it. I’ve been getting interesting comments about the title from Twitter followers. No one knew what the initials meant. So the Roald Dahl book wasn’t a big enough lure. There was a major marketing miscommunication here.

“Independence Day: Resurgence” plodded to $76.3 million by Monday night. They have $177 million in foreign sales. Maybe they’re up to around $240 million total. Half of that goes to theaters. So “IDR” remains a P&L misery.

Any success “Tarzan” had is due to Sue Kroll, who’s a marketing genius at Warner Bros. Her real coup for the summer is “Central Intelligence,” which is near $100 million US and $30 mil abroad. It cost about $50 million. A new franchise is born for The Rock and Kevin Hart, who can definitely get two more out of this before “CI” becomes a TV series.

Meanwhile, whatever happened to “Genius” with Colin Firth, Jude Law and Nicole Kidman? Well, it’s made about a million dollars over four weeks. I guess the three stars divide that up. “Genius” had to have cost $10 million, but who knows? They should put it on VOD or Netflix.

So what happens next? This Friday we get “The Secret Life of Pets,” which even I want to see. That’s a hit. “Mike and Dave Need Wedding Dates” actually looks funny. But the very good movie coming on Friday is “Captain Fantastic.” Not to be missed.

July 15th we get Woody Allen’s excellent “Cafe Society,” Bryan Cranston in “The Infiltrator” (already getting good buzz), and the all female “Ghostbusters,” which I’m crossing my fingers for because I like everyone in it.