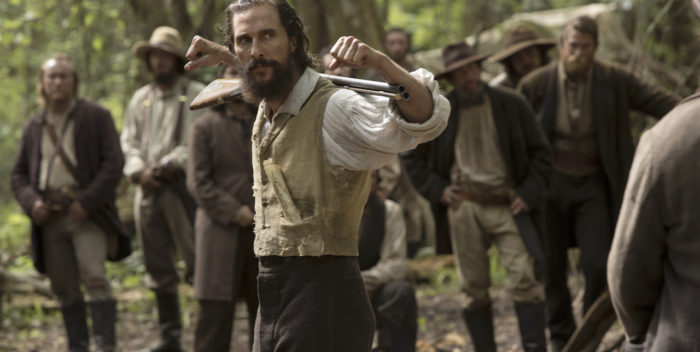 It must have been thought of the “Schindler’s List” of American slavery.

But “The Free State of Jones” has turned out to be something quite unlike that. And over the weekend, the film starring Matthew McConaughey flopped. With at least a $50 million budget, “Jones” took in just $7.7 million.

The film was written and directed by Gary Ross, who’s made many fine movies including “Pleasantville.” “Free State of Jones” is based on a true story about Newt Knight, a white Mississippi farmer who led a slave revolt against the Confederacy during the Civil War and liberated Jones County.

The story of Knight has been widely debated over the years for its historical significance. But it definitely happened, and it might have been a compelling story for a movie. But the film’s execution left reviewers unimpressed– it has a 40 on Rotten Tomatoes.

“Free State of Jones” also comes at a tricky time in Hollywood, following first the Oscar winner “12 Years a Slave,” followed by an outcry about diversity when no blacks or black films were nominated last year.

Then there’s the looming release of “The Birth of a Nation,” Nate Parker’s much ballyhooed slave story that won kudos at Sundance this year. Fox Searchlight is releasing that film this fall with big Oscar intentions.

And “Birth,” unlike “Jones,” is made by a black director, has mostly black actors, and centers its attention on a black hero. “Jones,” on the other hand, looks like a movie about a white savior of slaves depicted by Matthew McConaughey.

I can’t say anything about “Jones” critically since I haven’t seen it. But I do know it’s hard to take something like this seriously when the movie’s star is appearing commercials for luxury cars, driving around with show hounds in the back seat. That doesn’t help Ross’s intentions, I’m sure.

“Free Stae of Jones” doesn’t have much of a future in the foreign market, which I’m sure the producers knew going in. So this may just turn out to be hard lesson.