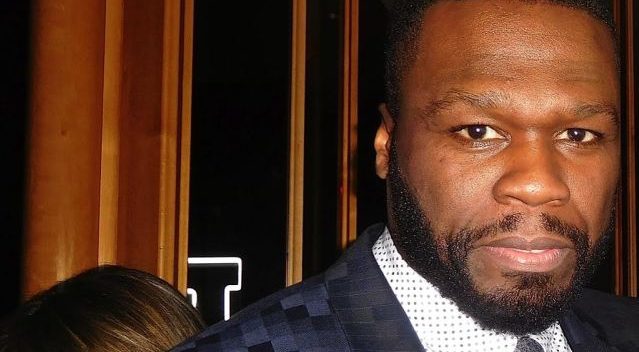 50 Cent took center stage last night at the third season premiere of the Starz series “Power”– he plays Kanan, who may or not be dead in this slickly produced, entertaining show created by Courtney Kemp. Omari Hardwick stars as “Ghost,” who runs a hot nightclub and a drug syndicate. Hardwick is sort of the Idris Elba of TV right now, teetering on a film career.

But “Fiddy” or Curtis Jackson, as he was born, was in the spotlight. He has two lives– rapper is one, well dressed businessman is the other. I think he’s very interesting. At the after party at the Top of the Standard– thrown by Jason Binn, the hardest working man in show business and his DuJour Magazine– Jackson told me he’s working on a new album.

Will he release it on Jay Z’s Tidal? “Oh no,” he said. What label is he on? “I have my own label!” he said. He was wearing a very nice elegant two tone blue tailored suit. When I asked him who made it, he said, “I don’t know, maybe YSL.”

Earlier, at the screening, Jackson was very amusing during his introduction. He said, “I’m looking around and I see some of the seats are empty and it kills me because they said we didn’t have anymore tickets… didn’t have anymore tickets?… I’m happy…all these familiar faces to support me… but the deal is  if they’d given me more tickets I would have had Beyonce and Rihanna…this is devastating me, devastating…this is like a family reunion to me…I want you guys to enjoy…the first episode of season three, and I said the intensity of the finale of season two is consistent throughout the entire season you’ll see exactly what I mean. Check it out.”

PS I did ask Courtney Kemp if she’s got more shows brewing a la Shonda Rhimes– a Shondaland. “Yes!” she said, “But it will be Kemp World!” I don’t doubt it. Bring it on!