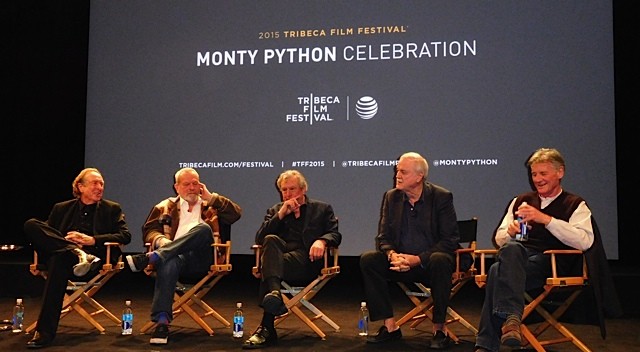 And now for something completely different:

It should give up the Euro, introduce accountability,and hang Jean-Claude Juncker https://t.co/JtN3VwKPRi

Monty Python’s John Cleese came out in the last few days for Brexit, the British movement to leave the European Union. He also said that Jean-Claude Juncker, head of the EU, should be “hanged.”

Cleese has been on a rant since Saturday on Twitter, fighting with everyone. Fans can’t believe how stupid and right wing he’s become. But maybe four failed marriages and lots of alimony will do that to you.

Cleese is also Trumpian in his argument about limiting immigration:

I would have thought that limiting immigration more effectively would reduce competition for work and protect jobs https://t.co/0KnkdMMofv

It’s unclear how the other Pythons feel about Cleese’s declarations. At first I thought it was tongue in cheek. But Cleese seems to be dead serious here. Very strange in deed and causing an uproar in the UK.