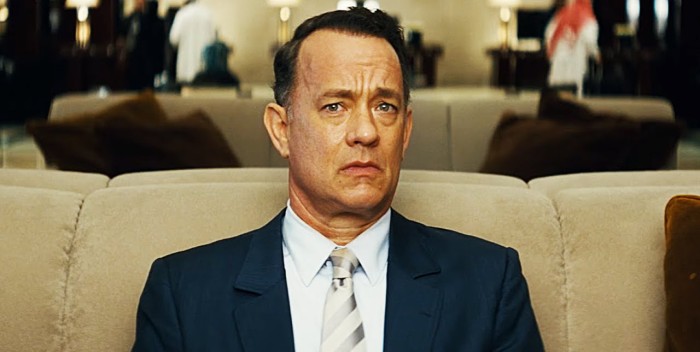 We’re not crying for Tom Hanks. He’s very wealthy and has two Oscars. But his box office run of three hits in a row– “Captain Phillips,” “Saving Mr. Banks” and “Bridge of Spies” — has ended with a whimper.

Hanks’s worst box office ever has occurred with the current “A Hologram for the King.” The Tom Tykwer feature has made just $4.1 million since its release on April 22nd. I doubt most people in the U.S. know it exists. The film has no foreign ticket sales either. It’s dead.

“Hologram” was released by Roadside Attractions, which has a decent reputation for sinking its films. They’re having a modest (nice way of putting it) success with “Hello My Name is Doris” starring Sally Field, which has scrapped together $14 million. Roadside is stymied by lack of marketing and publicity despite a nice owner, Howard Cohen.

Right now Roadside (which I like to call Roadkill) has a good Whit Stillman film called “Love and Friendship” which looks like it may already be in decline with $7 million at the box office. It had what I called a stealth opening. Next up is “Genius” with Colin Firth and Jude Law, and Nicole Kidman in a strong supporting role. It has a 42 on Rotten Tomatoes. (I’m told “Genius” would have been better off on HBO.)

For Hanks, “Hologram” is a shocking low. You’d have to go back to 1990– some 26 years– to “The Bonfire of the Vanities,” which made around $16 million– of all the movies he’s headlined or starred in. Even the terrible “Larry Crowne” made $35 million back in 2011. (That was a bad year for Tom, who also starred in stinkers “Extremely Loud and Incredibly Close” and “Cloud Atlas.”)

Tom will rise like a phoenix from these Roadside ashes in the fall, with “Sully” (he plays hero Sully Sullenberger) and Ron Howard’s “Inferno” (based on Dan Brown’s bestseller). “Hologram” will play on airplanes and head to cable as an anomaly in his long, storied career.