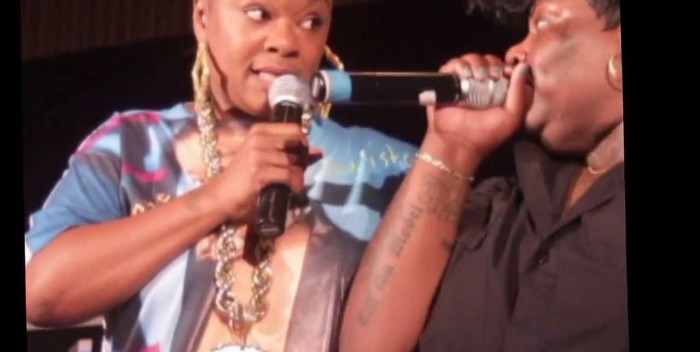 The Real Roxanne? In the 1980s she was everywhere.

Now Forest Whitaker is a co-producer of “Roxanne Roxanne,” a feature about the Roxanne hip hop wars of the 1980s in New York.

The story is all about 14 year old Roxanne Shante, who become a hip hop superstar. In her circle, and in the movie, will be actors playing Kurtis Blow, Biz Markie, a young Nas, and many other hip hop pioneers.

The real Roxanne was a girl named Lolita Shante Gooden, who became Roxanne Shante and recorded a response record to UTFO’s famous B side rap single “Roxanne Roxanne.” A bunch of answer records followed SHante’s “Roxanne’s Revenge” including another single called “The Real Roxanne” by a girl singer named Adelaide.

None of this had anything to do with the Police hit, “Roxanne.” But it did spawn an industry in early hip hop. Some say there were around 100 Roxanne response records. Done properly, this could be a funny, clever movie about the pioneer days of hip hop. It could be the “Straight outta Compton” for New York.