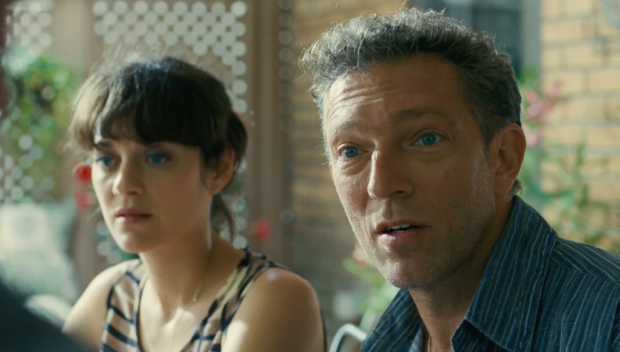 Rule number 1: you do not stay til the end of a film festival. By the 8th day, the party is just about over. Anywhere. And so it was with Cannes 2016, which started with Woody Allen and Steven Spielberg, and ended with Sean Penn and Mel Gibson. The writing was on the wall.

The last movies at Cannes 2016 were pretty awful to not so bad, plus the reviled Mel Gibson showed up. Almost everyone had left by then.

The final film I saw was Xavier Dolan’s “It’s Only The End of the World.” A hilariously awful family melodrama, in French, made in Canada, and starring a bunch of A listers: Marion Cotillard (terrible, not her fault), Vincent Cassel (terrible, his fault), Nathalie Baye (very good, out of spite), Gaspard Ulliel (a mannequin with a deep dimple). The latter played Yves St. Laurent in an unwatchable movie two years ago.

In Dolan’s film, Ulliel, playing Louis, who may be a hit playwright somewhere (LOL), comes home to die. He’s 32 and pretty so you assume it’s AIDS. No one ever says what it is, but from Ulliel’s expressions I assumed it was constipation. The whole film is shot in closeups like a bad soap opera. Everyone is in articulate. Cotillard is relegated to sputtering. The music swells and plays much too loudly all the time. Cassell has no idea what’s going on, so he screams and throws things. Dolan should not direct another movie.

The best part was in the lobby afterwards, as some French critics said they liked it. But they also eat brains in France, so you can’t always trust them.

Then came Nicolas Winding Refn’s “Neon Demon” which as described variously as “disgusting and gross.” It features lesbian necrophilia, which is always a crowd pleaser. Olivier Assayas’s “Personal Shopper” with Kristen Stewart– no one liked it. Trust me on this.

Mel Gibson? He came at the end for a reason. The Americans were by and large gone. He can entertain the French and whoever’s left with his beard and anti-Semitic jokes.