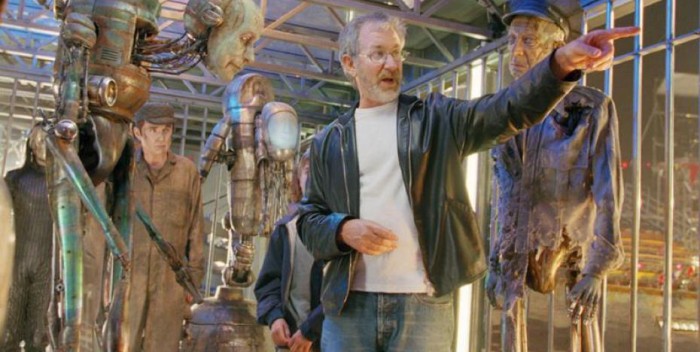 Steven Spielberg’s adaptation of Roald Dahl’s The BFG recaptures the spirit of “ET” some 36 years later. It’s not a huge coincidence since both screenplays were written by the late Melissa Mathison. And as part of a continuum The BFG is set in 1982 when Dahl published his book and ET was released.

This film may begin more slowly and dream like than “ET” but soars in its second half in every way. Mark Rylance and Penelope Wilton are just wonderful respectively as the big friendly giant and Queen Elizabeth. Ruby Barnhill makes an impressive debut as Sophie based on Dahl ‘s real life granddaughter.

What a treat this film is. And the production values, special effects, animation are some of the most exquisite ever. This is not just a family or children’s film. But like ET or Fantasia may capture the hearts of several generations.

UPDATE Just a little more at 12:06PM Eastern from Cannes– Spielberg does not make sequels really (aside from Indiana Jones, which was supposed to a satire of afternoon movie serials). “The BFG” is not a sequel to “ET” at all but Spielberg, so prolific with an amazing canon of work includes a few nods to the 1982 movie. At one point Sophie and the Giant touch fingers much like Elliot and ET, and it’s simply an acknowledgment.

I have always been of the opinion that the original Spielberg movies– not the biographies like “Lincoln” or “Schindler” or “Bridge of Spies”– has a very distinctive style that is very much auteur like. He has always been a commercially successful but he isn’t a “commercial” director. He said today in his press conference that making an original he felt “free”– his imagination run wild.

“The BFG” is such a compassionate movie, and very much an American one too. It’s also got something in common with “AI: Artificial Intelligence” in that it’s two movies — very Sondheim-Sunday in the Park with George. And while the first half is very artful, the second half is what makes the whole piece work. Rylance is great but I think we’ll see Penelope Wilton get acclaim in the supporting actress category too.

Movie opens July 1st from Amblin-Disney for July 4th weekend. It will set a record for an original non sequel film. Just wait.