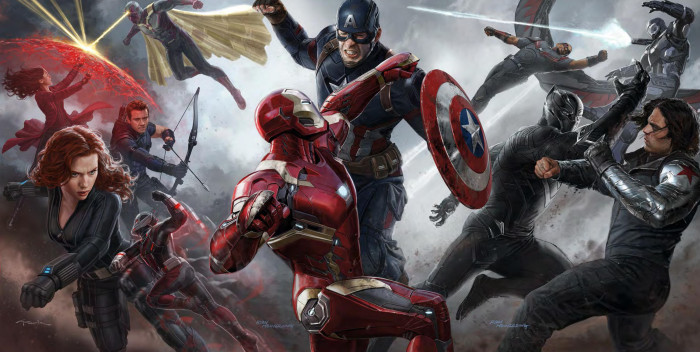 The cap’n took in $75 million vs. BvS $81 million. And everyone hated the latter movie apparently. “Civil War” Friday included $25 million from Thursday night.

But “Civil War” may be softer than anyone expected. And that’s weird given the huge amount of money it’s made overseas in advance of its US opening. It’s already made $291 million in foreign lands.

Maybe that’s why Disney did the big worldwide opening first. Something in the research may have suggested a little burn out on “Avengers” movies. Because “Civil War” is another “Avengers” movie with a different title and the oddity of a new Spider Man. It’s really “Iron Man 4” (I’ve lost track.)

So we’ll see how the superheroes fly tonight and tomorrow. They should do $174 million and beat “BvS” ($166 mil opening weekend) easily. Still, who knows?