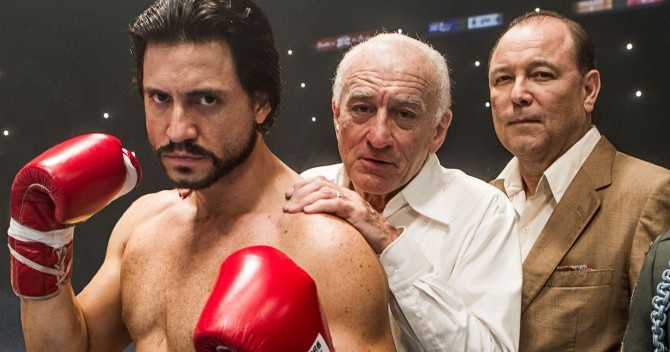 Cannes: “Hands of Stone,” the movie about boxer Roberto Duran, has been added to the Cannes screenings.

Robert De Niro, star of the Weinstein Company movie, will be getting a tribute and special dinner celebration.

Venezuelan director Jonathan Jakubowicz directed the film which also stars Edgar Ramirez as Duran. “Hands of Stone” is one of the Weinstein Company’s big potential Oscar films. It’s going to be released in August. The movie is about the common history of Panamanian boxer Roberto Duràn (Edgar Ramirez) and manager and coach Ray Arcel (Robert De Niro) who is going to take him to the highest worldwide successes of the ring in the ’70s and ’80s, including legendary fights against Sugar Ray Leonard.