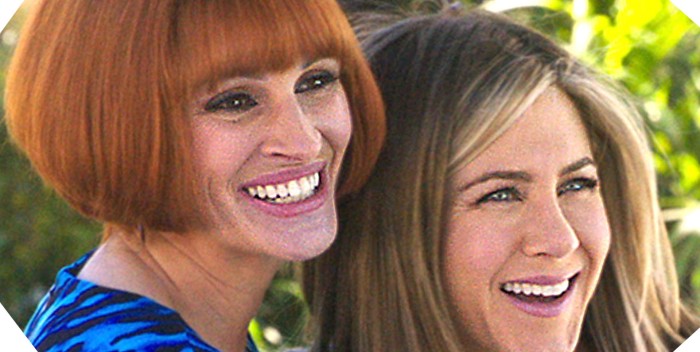 Who will see “Mother’s Day” this weekend?

So far, Garry Marshall’s star studded comedy is rating a 10 on Rotten Tomatoes, and sinking fast. Apparently it’s not very funny, and incredibly perfunctory. Are we shocked? No.

But the star power of Julia Roberts, Jennifer Aniston, and Kate Hudson was what put this film together. And now the three ladies– who could make a red carpet ablaze in lightbulbs– are about to go down with the ship.

IndieWire: “Mother’s Day doesn’t feel like a movie so much as it does a cinematic adaptation of Walmart.”

And get this: there are 29 producer credits listed on imdb. Luckily there will be no fight over who accepts the Oscar. Just the Razzie.

Stay tuned for Saturday morning numbers. Aniston and Roberts get big paychecks. Like $5 million. Hudson didn’t do it for free. Jason Sudeikis gets a nice chunk of change. And Garry Marshall probably has a good quote. If they needed 29 producers, the budget for this is much higher than it should be. Uh oh. And Roberts has her three kids in there as credited small parts. Good lord.