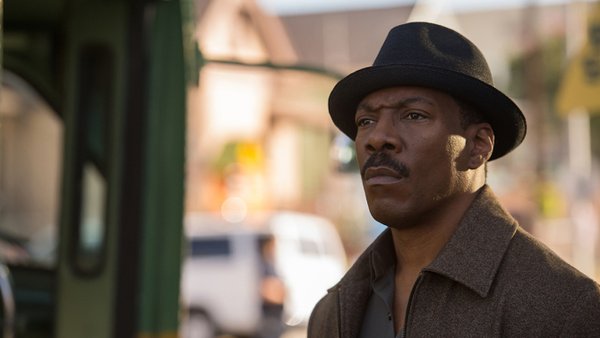 After last fall’s Mark Twain Prize reminded me of how great a comedian Eddie Murphy really is, I expressed hope about his next film, “Mr. Church.” I was told that it would be his Oscar move, a dramatic comeback.

Well, Eddie’s first film in four years is a bust apparently. Even he knows it– he skipped the Tribeca Film Festival premiere two nights ago.

Evidently, Bruce Beresford has wittingly or unwittingly remade “Driving Miss Daisy,” his Oscar winner from 1989. Only this time instead of Morgan Freeman driving Jessica Tandy around and being her best friend, Eddie cooks for a big white family. He’s like Mr. French or Mr. Belvedere. And his name is Church. Because soulful black people are connected to the church.

One reviewer said, “More galling than the film’s litany of melodramatic banalities is its regressive view of race relations.”

So much for that. The whole cast and crew except for Eddie is white. Why did he let that happen? He used to be so adept and insightful, as those old clips showed.

By the way, Bruce Beresford made two really great movies that you should check out: “Breaker Morant”and “Tender Mercies.”