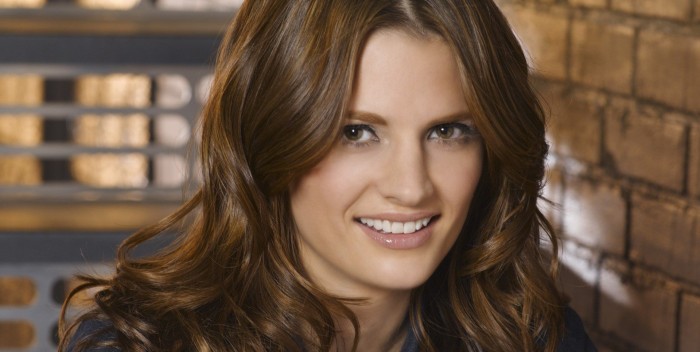 OK, this is downright weird. Stana Katic is beautiful and smart. She’s the only reason I’ve ever looked at an episode of “Castle,” usually in reruns. Okay. I also like Susan Sullivan a lot.

But Katic’s chemistry with Nathan Fillion gave the show a “Moonlighting” feel. Guess what? Cybill Shepherd and Bruce Willis hated each other. And we knew it the whole time the show was on the air.

Evidently, Katic and Fillion are not fond of each other either. So yesterday ABC announced that if they renew the show for a 9th season, Katic won’t return. Last year they signed her to a one year deal. Deal is up now. Her character, Beckett, may get killed so they can retool the show as “Archie Bunker’s Place.” In that show, they killed off Edith Bunker so Carroll O’Connor could go on a few seasons more.

It was a bust. And this will be too? Does anyone want to see Beckett killed next month, and have Castle move with his his family and friends to a new location? No, I didn’t think so.

Katic knew this was coming. She’s got four movies in the can according to the IMDB. She’s already made the transition off the show. She’s all set.