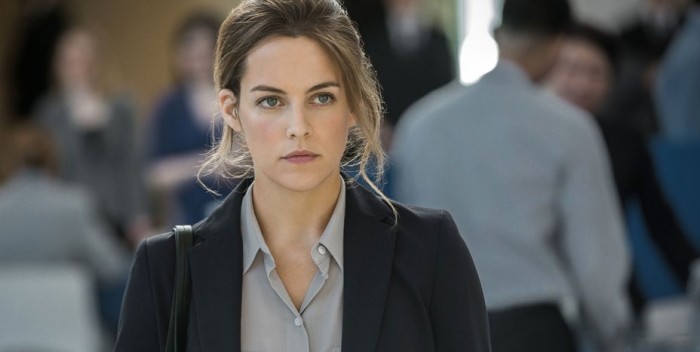 Last night, out of left field: Starz Channel showed us the first two episodes of “The Girlfriend Experience,” in which Elvis Presley’s granddaughter, Riley Keough, daughter of Lisa Marie, granddaughter of Priscilla, become a bona fide star. She also pretty much takes it all off as a young legal assistant in Chicago who decides without looking back to become a high priced prostitute.

This is based on Steven Soderbergh’s movie of the same name. Soderbergh is the executive producer here, and his stamp is all over it. This is one of the best looking TV shows ever. Sleek, and gorgeously shot. It’s a little soft core, but G rated compared to stuff on Cinemax.

Starz’ Chris Albrecht obviously knows he has a winner here since the premiere was at the Paris Theater followed by a takeover of Nobu 57. That’s not so usual these days. But Albrecht I think will be proven right.

The audience was a heady mix of stars and media types, from Hearst Magazines’ Ellen Levine and doctor husband Richard to Broadway types like Billy Magnussen and Lena Hall, writer- director Oren Moverman, director Tony Gilroy, the cast and Soderbergh himself with wife, our old pal Jules Asner.

And yes, I did ask Soderbergh about his brief “retirement” from feature films and his upcoming return with “Lucky Logan.” Channing Tatum does star in it, and Matt Damon, Soderbergh confirmed, “is in it.” Soderbergh, one of my favorite directors of my own generation, told me: “You’ll have to wait to see why I’m doing this. There’s a whole story around it that will make sense.”

Listen, we’re just glad he’s back! Meantime, “The Girlfriend Experience” should be a break out hit for Starz.

Elvis fans: for some reason Riley was off limits last night. But do watch her in this series. From some angles, she looks amazingly like Priscilla Presley. Elvis made a good choice all those years ago!