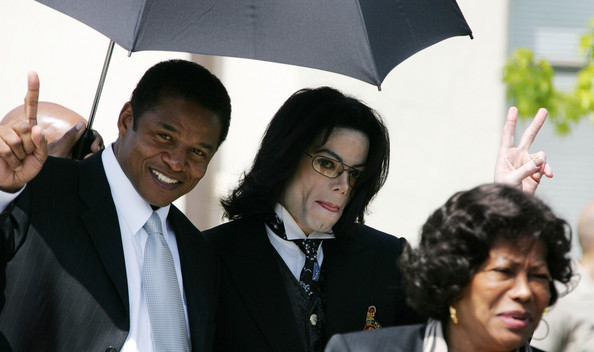 No one asked him, but Joseph Jackson has sent a public Thank You note to Michael Jackson’s executors. The reason? They sold Michael’s part of Sony/ATV Music and the Beatles catalog back to Sony for $750 million. Joe no doubt read that there’s a $733 lump sum payout on March 31st. He’s probably hoping for a taste. I love how he adds “my wife Katherine and myself”– they haven’t lived together for years, he has an illegitimate daughter, she’s had divorce papers drawn up several times.

I missed Joseph Jackson. At 87, he’s been recuperating from strokes and a heart attack he had in Brazil on his birthday last year after taking sex drugs in the hopes of getting some action. Am I being too hard on him? Yeah, he beat those kids, particularly Michael. If Michael were alive, the catalog would still not be sold, and Joe wouldn’t be getting money from him. Remember, this is the man who brought a Michael Jackson imitator with him to the BET Awards four days after Michael died.

On behalf of my wife Katherine and myself, I would like to personally thank the Executors of my Son’s Estate for a Job well done. Selling the Music catalog at the high end of today’s Market value of over 750 Million US Dollars, has secured many times over the financial future of Michael’s children: Prince, Paris and Blanket.

It is every fathers dream to secure the financial well being of his children. That is what drove me to work 2 jobs in my youth while struggling to make it through the Entertainment world.

Today, although my son Michael Joseph Jackson is no longer with us, I know he is looking down on his children from heaven as a proud father would, knowing he has secured a lifetime financial foundation for each of them.